Skip to content
What would you if you won the lottery? 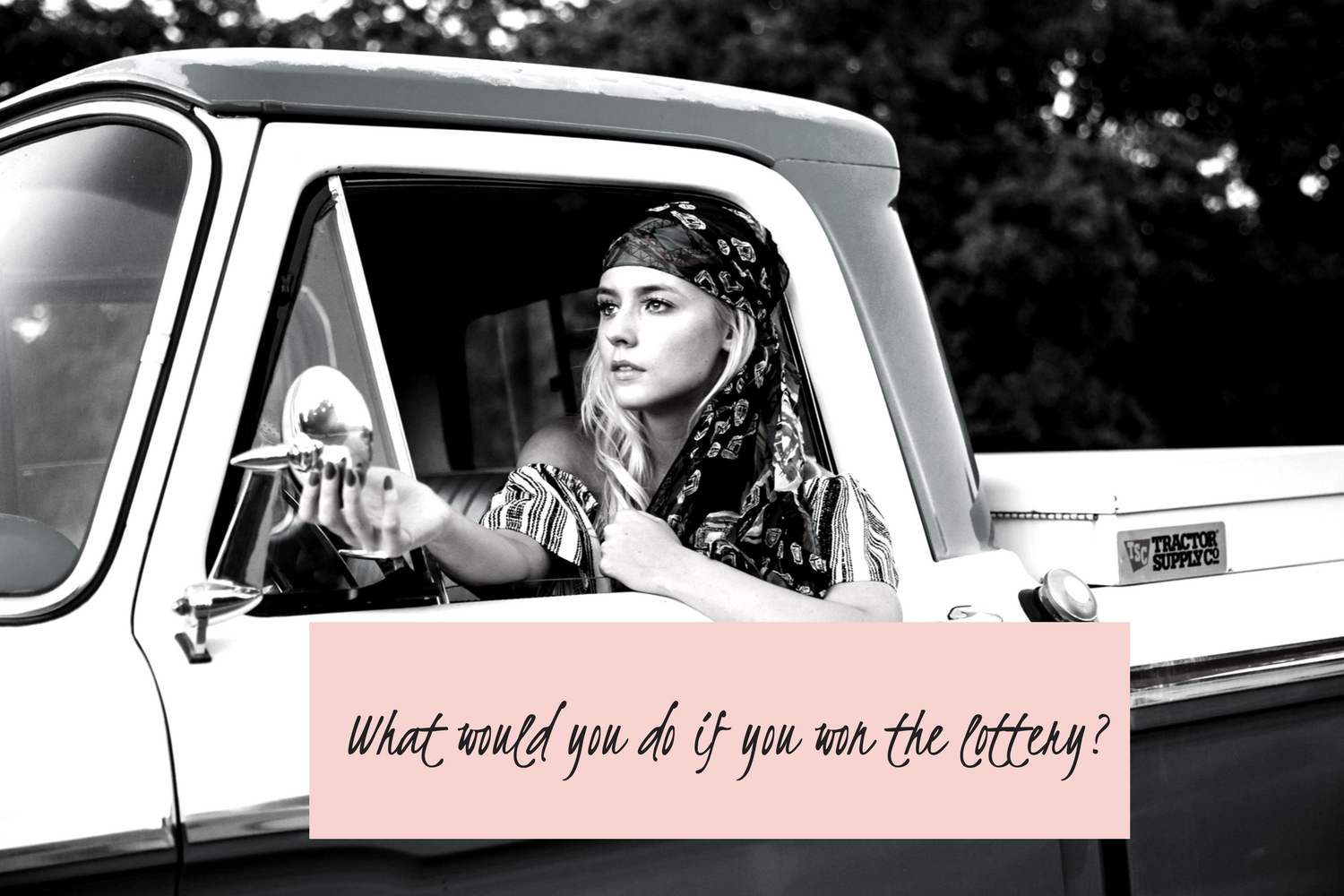 This was one of the first blog posts I wrote, a few years ago, for another website, but it is personally one of the most powerful I have written and I refer to it and the story within a lot.  As it is a new year and it has an important message, I thought I would give it dust off and a revision and post it to this website, which is so important to me.

Years ago, one of my clients invited me to a one day team meeting, even though I hated these type of meetings, they frustrated the hell out of me. I found then to be inefficient, not very effective and far too corporatey, but because it was a client, as usual, I had to say yes. I had sat and rolled my eyes through hundreds of these types of meetings but this one really stuck with me.

There were about fifteen people at the meeting, mixed in sexes, ages and levels of seniority. A very senior manager, head of the division, started off the meeting by asking every one to participate in a little game. We were to go round the table and each person was to answer what they would do if they won the lottery.

Now the likelihood of a whole group of people winning the lottery and marching out of the door of their workplace is very rare. What is not rare, however, is for people to be doing something else from what they are doing.

Why I do what I do

This scenario stuck with me, so strongly,  as I moved away from the corporate world and started to help female entrepreneurs and their businesses. In fact it was one of the lightbulb moments that started my desire to set up the businesses that I have.

The fact that there are so many women who, on a daily basis, do not love what they do and are not fulfilling their purpose.  I do understand this because I was there, for many, many years I was very unhappy with the daily grind of turning up to a corporate job that seemed to serve no purpose for my life and my values.

There seems to be far too many of us who stepped onto the corporate conveyor belt, thinking we were walking into a dream job, only to find the truth out a few years down the line. You find yourself in a quagmire of other people who are fighting for the small number of promotions that may come up for a job that you don’t even really love.  You find yourself on the Monday to Friday hamster wheel, turning up to the façade of large spectacular glass fronted buildings, working at dull beige desks, surrounded by grey, carrying out jobs that we fail to see the value in, looking forward to small pockets of true happiness, like weekends and holidays.

It seems to be indicative of growing up and the school system we were put through.  So many of us were expected to finish our education and get a job. It seems for so few of us there was never a discussion about really fulfilling our dreams. The job thing happens and then the bills, then the responsibilities grow as we grow up and then more and more many feel they can’t get off the wheel.

So ask yourself the question

I set up my businesses to show women that their jobs are not the end of the line and that the way businesses can be run today it is possible to live your dream. To set up a business and earn enough money to be able to have the lifestyle you want, to enjoy getting up in the morning and running some thing that is yours. I can honestly say now, with out hesitation, that if I won the lottery, I would not change a thing other than to grow my businesses faster than currently planned and to invest in other business ideas that I have.

Ask yourself “what would I do if I won the lottery”? If the answer is different to what you are doing now then it is time ask yourself why? Why are you not working towards doing it now?  Whilst a large sum of money can give you an advantage, lack of it should never be the the thing that stops you from taking action to be doing what you want to do with your life.

2018 is a year to be brave, it is a year to take action and it is a year to create a lifestyle so that if you were ever asked “what would you do if you won the lottery” your answer will be “exactly what I am doing now”.